Our resident mother chipmunk looks like she’s getting ready for a second litter soon. From what we can tell, she’s eating about the same amount, but looking a little rounder, and more significantly, she’s getting her little paws dirty and undertaking a big renovation on her burrow.

…and made a few new holes further away, but in the same general area (which, luckily, we can see from the kitchen window and so not disturb her as we watch her work).

One of the holes is interesting because it’s between two of our patio paving stones; she dug out a little bit of the grout between them, then the sand underneath, then some rocks, then dirt. The hole isn’t very deep and it turns sharply into a tunnel, so it’s probably an entrance rather than a plunge hole. 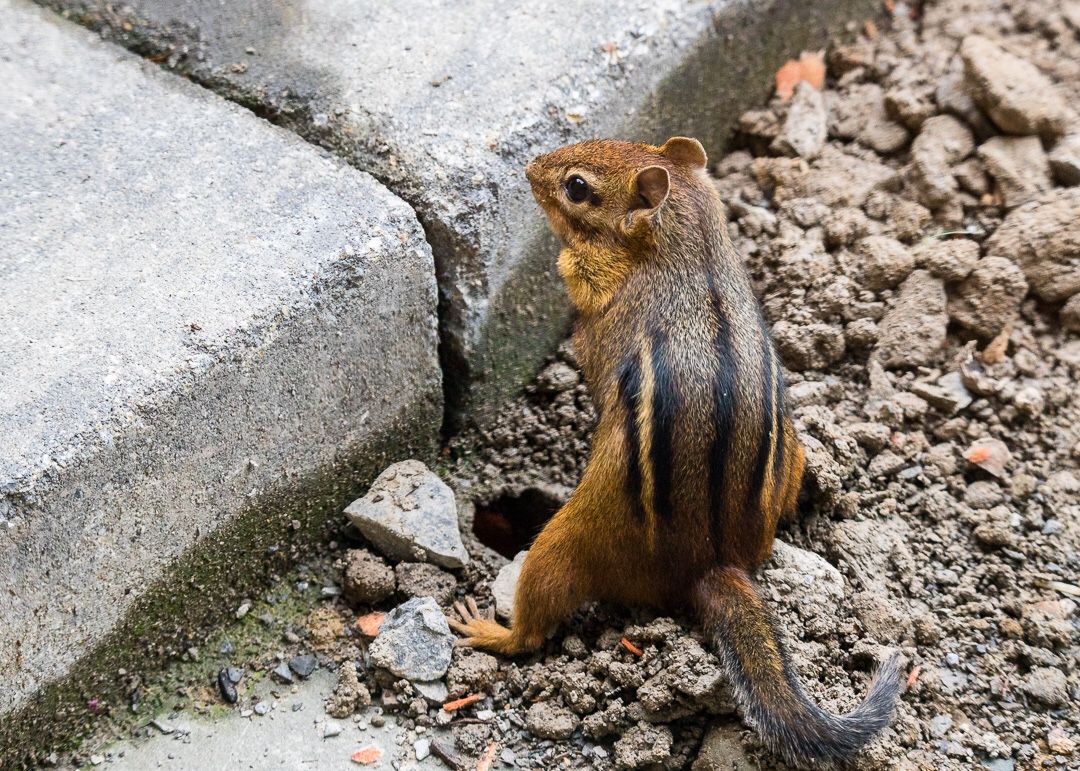 It’s one thing to read that chipmunks are amazing diggers, but it’s much more impressive to see them action. This isn’t cavalier digging; it’s a meticulous feat of engineering and strength. She tests potential hole sites before she excavates them; she transports dirt and gravel and rocks offsite via her multi-purpose (Mary Poppins magic bag) cheek pouches; she brings back grass and softer dirt, presumably to line some of the tunnels. And that’s just what we can see above ground! 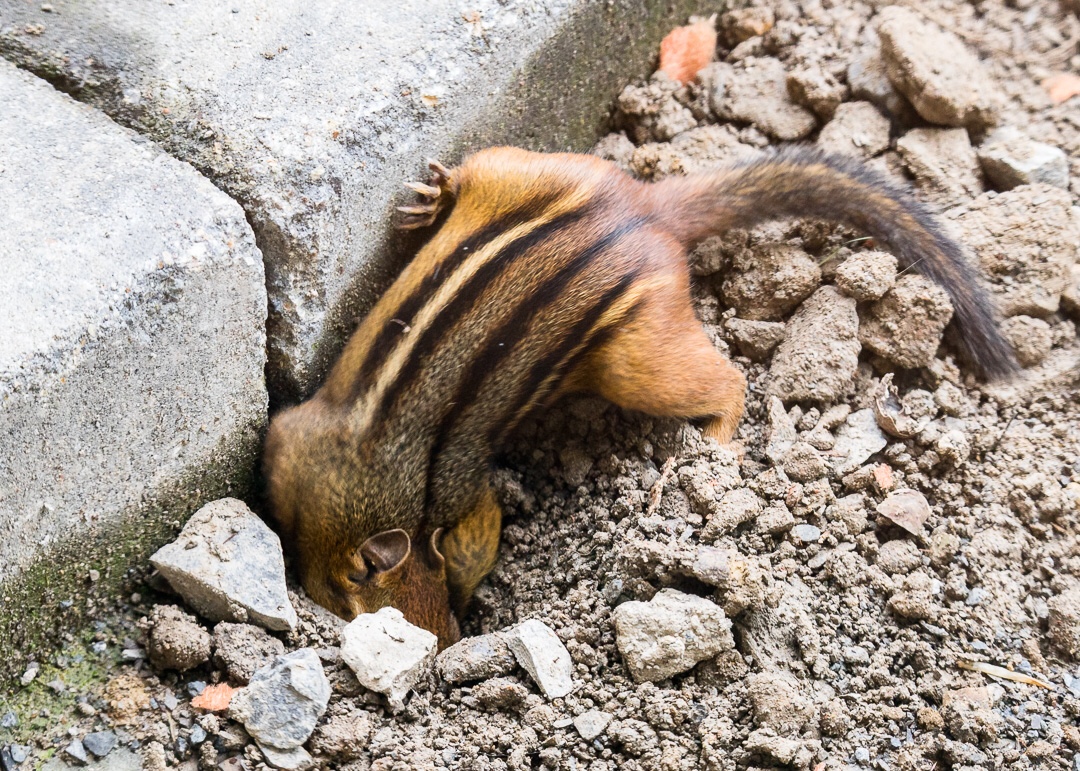 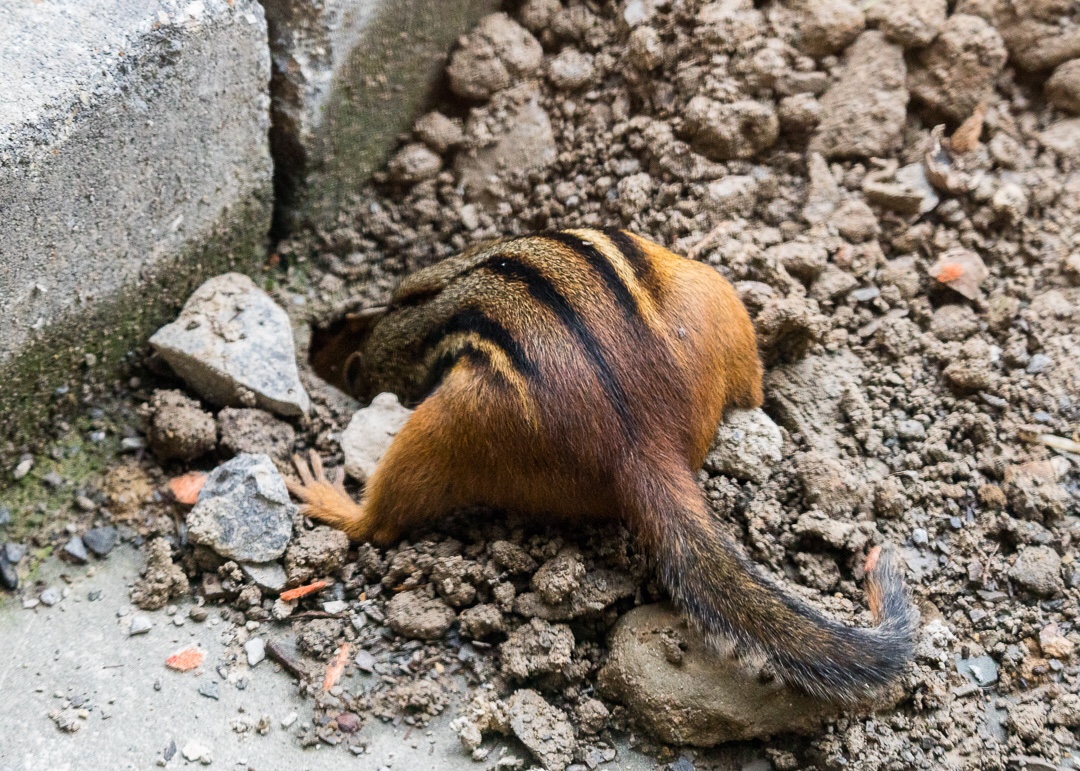 Our mother chipmunk has also been rolling some rocks back and forth in front of her new burrow entrance. Are they a door? A warning? A decoration? She moves them a few times a day, into different configurations, both from inside the hole and outside. (When she’s inside the hole, the rocks look like they’re moving themselves).

I hope she’s proud of her hard work, but more importantly, I hope her new burrow keeps her (and her forthcoming babies) safe. Another small marvel among us, we’re looking forward to watching over it– what we can see of it– in the weeks to come.

View all posts by phototrophicfieldguide