Recently, I’ve started collecting photos of backyard animals watching me watch them. I don’t mean our eyes meet across the yard as I’m photographing them going about their foraging/nesting/mating/romping activities; I mean I’m catching them chilling somewhere (usually on a branch or on the fence) expressly checking me out.

I spend a fair amount of time outside, sitting with my camera, trying to be quiet and emanate good energy and be aware of my surroundings. Animal watching is something I do for the purpose of education and enjoyment. It’s something I do daily, but as a choice, a hobby. 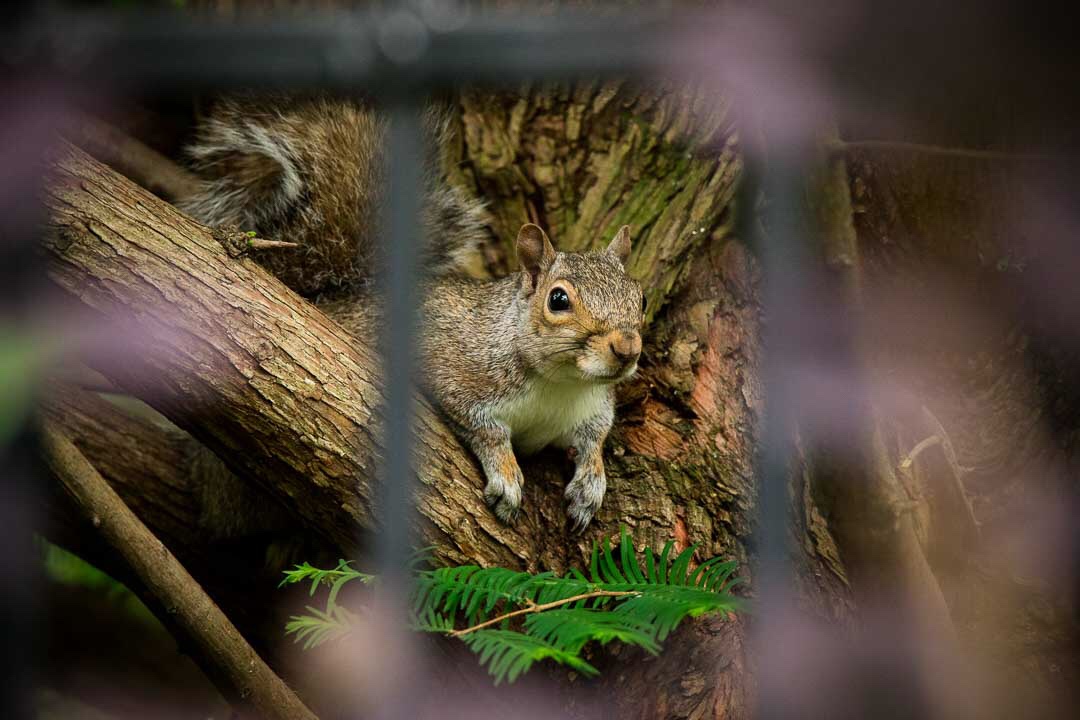 But if I were an animal, people watching would be a matter of survival. I’d have to be aware of where the humans were and what they were doing; if they were dangerous; if they had anything to eat… As humans encroach on animal habitats, and human-animal interactions become more frequent and common, people-watching becomes even more crucial for animals.

But let’s say an animal feels relatively safe in a backyard, and he has enough to eat and enough experience with the resident humans that he isn’t actively terrified of them…can people watching ever become fun for him? Is there a point at which a particular human can become better than benign?

In other words: am I imagining things or might any of these creatures find watching me entertaining?

A short list of what I have going for me as a potential people-watching target: my hair is drey-like; my skin coverings (also known as clothes) are often the colors of wildflowers; I sometimes smell like lavender; I emit a great variety of calls; I seem to have an additional arm (my camera) that I point and click at animals, but that’s otherwise harmless; I share food in the form of seeds and nuts (even better, sometimes I massively spill seeds and nuts while filling our feeders); I seem to have an alliance with a passel of dogs; I’m easy to spot; my burrow is large and above ground but I’m often just sitting outside it.

On the list of cons: I’m a person and maybe inherently suspicious.

And it’s because I’m a person that I think it’s important to remind myself that I can be watcher and watched one, that my time outdoors is a dialogue, that so much more than what I’m aware of is out there…that every day, I should open my eyes wider.

View all posts by phototrophicfieldguide